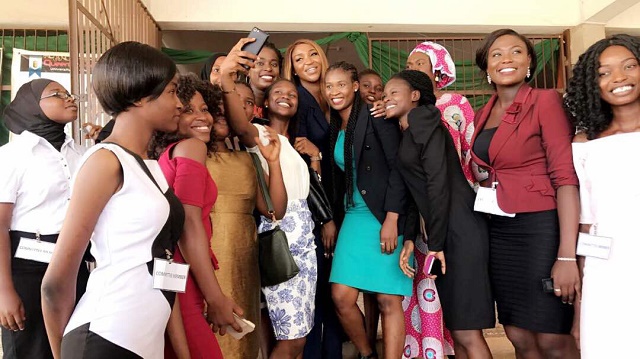 IBADAN, Nigeria – Media personality Idia Aisien was invited to the University of Ibadan, Queen Idia Hall for their annual hall week where she was given a special recognition award at the personality lecture and empowerment program. 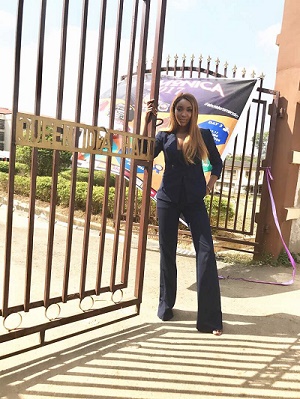 The TV host spoke on ‘women; daring the difference and making meaningful impact in the society’. “I think every woman should strive to empower herself and have things that she can call her own with regards to achievements. I also believe that since many women are now breadwinners, there should be social and political equality of the sexes. However, a woman should not be considered any less if she chooses to be a homemaker…some women can do both…so there’s no right and wrong. But it is fair to say that every woman cannot be a feminist.”Idia wrote on her Instagram page yesterday 6th December 2017 “As a woman, there are a lot of things I’ve been told I couldn’t do or shouldn’t do! The stereotypes, criticisms and boxes have never stopped…but I can teach you how to win!!! And from experience, I can teach you how to play the game yet make your mark as a woman in a man’s world.” 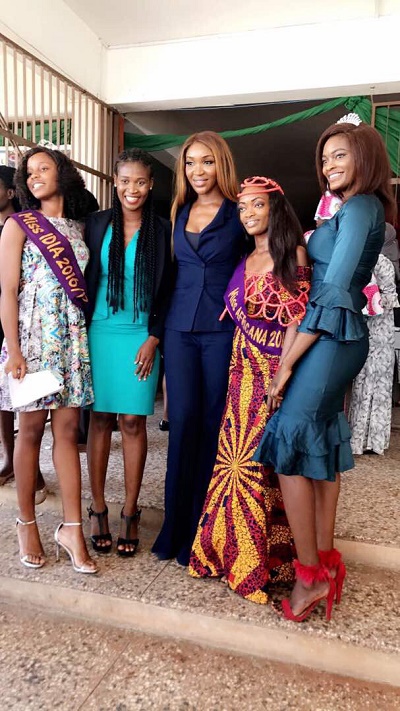 Idia Aisien is an international model, television host and philanthropist born to a Nigerian Champagne, Wine and Spirits magnate father and a Cameroonian Jeweler and philanthropist mother. As a child, Idia and her sisters would often visit an orphanage for disabled children and spend their birthdays with them.At the age of 15, she got signed to Beth Models; the mother agency to such international top models as Mayowa Nicholas, Davidson Obennebo and Victor Ndigwe. That same year, she booked her first modeling job at the UNICEF Charity Fashion Show.

Recognizing the need to acquire a higher education, she put her modelling career on hold for a few years to get a Bachelor of Arts degree in Journalism with a minor in Business Administration from American University in Washington D.C and a Master’s Degree in International Public Relations and Global Corporate Communications from New York University (NYU).

Idia has worked for Discovery Communications, Fox5 News, The AARP Foundation and the Foreign Policy Initiative. She has also worked for the United Nations and had a successful Atlas Mara career in Private Equity and Mergers & Acquisitions at in New York, a financial firm that owns an impressive number of commercial banks across Africa.

While in Nigeria on a short work trip in 2015, Idia decided to take the plunge into the world of entertainment full-time. She quit her job in Finance to become a TV presenter. She has hosted such shows as The Mega Millions Lottery on Silverbird TV, You Got Issues, Rock the Runway and Style 101 (Africa’s answer to ‘Fashion Police’); all on SpiceTV.

As a Model, Idia has shot a commercial for LAN Airlines and worked on campaigns for BMW, Black Opal, Nivea and Sway Hair. She has also walked the runway for an impressive list of notable designers at New York Fashion Week, Lagos Fashion and Design Week and Arise MBFW.

Idia has collaborated with the Lagos Internal Revenue Service (LIRS) on a Campaign for the payment of tax. She has hosted major events including the Iphone 8 launch in Nigeria, Veuve Cliq on the night, Lanre Da Silva, and the unveiling of the International Drinks Festival. She also hosted and spoke at the International Women in Leadership Conference, Obafemi Awolowo University.

She was awarded Female Tv presenter (Terrestrial and Online Tv) at the ELOY awards 2017. In the next few months, she will be launching a number of business and philanthropic initiatives.